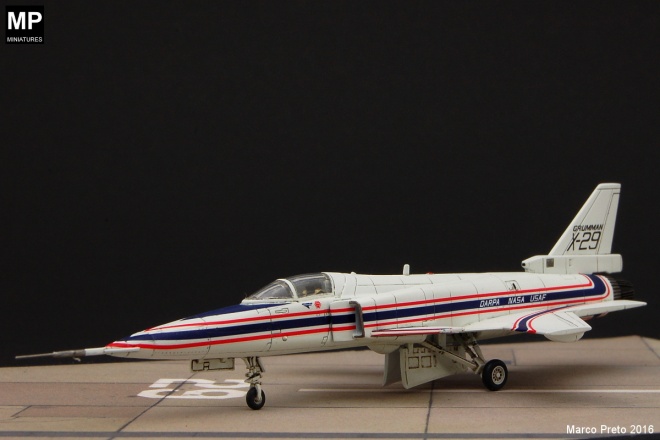 Another tiny wounder, Dragon‘s X-29 in 1:144 scale was a quick and enjoyable build. I have a interest for experimental aircraft and I remember quite well watching an episode of “Reaching for the Skies” during my early teens and being fascinated with the X-29 silhouette!So with my rediscovered interest for 1:144 scale models, I decided to finally build such and iconic airplane. The model kit part’s are nicely detailed (particularly for the scale) and fit mostly well with little work. The seat was improved with the addition of harnesses made from metal foil and the canopy could be closed and masked, readying it for painting.

When working with models this small, it is important to figure out a way of manipulating it without the risk of touching the freshly applied paint. Using a crocodile clip, a wooden stick and packing material, a stand was improvised, allowing me to easily airbrush the base colour.

The base colour consisted on an offwhite lacquer, followed by gloss white over the central part of the panels. The resulting effect is very subtle and probably not even noticeable. 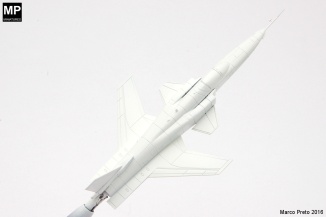 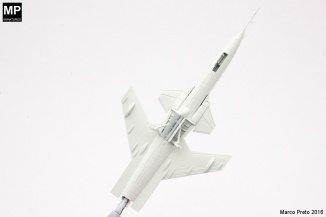 The kit supplied decals of of exquisite quality, but the red/blue stripes are somewhat short over some areas. So after the application of all decals (that with the use of softening solution conform perfectly to all the model’s curves), acrylics colours were mixed to match the decal colours and used to touch up any problem.

At this stage, the model received a coat of gloss varnish to protect all the decals from the washes that were applied next. Using Ammo PLW range, the gear area was weathered first, using little amount of wash, applied with a tiny brush over all details. After a few minutes, any excess can be removed with a brush moistened in white spirit.

The same was performed over the all fuselage, but using the lightest PLW colour I have (which still resulted to dark in my opinion – on a following project I will try to mix it with a small amount of white enamel to check how it results). The control surfaces were accentuated using  dark grey colour. 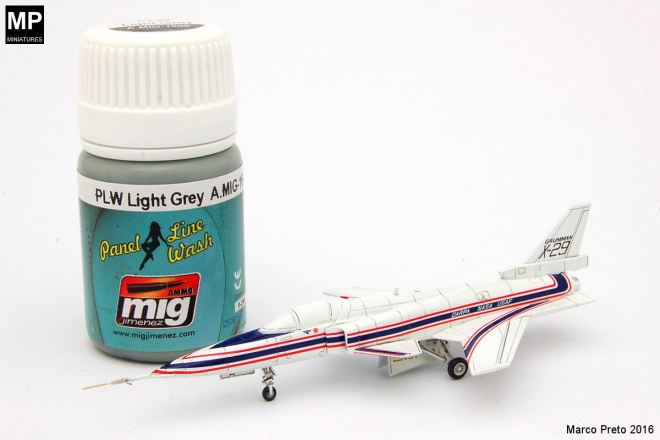 The nose sensors although finely engraved, lacked some finesse and were replaced with brass tube and copper wire. The copper wire was flattened (using an anvil and a small hammer), bent and filled to shape before being glued in place.

After painting the nose sensors and the exhaust nozzle, all it took to complete it was to apply a coat of satin varnish, removing the canopy masks and paint a few remaining details. 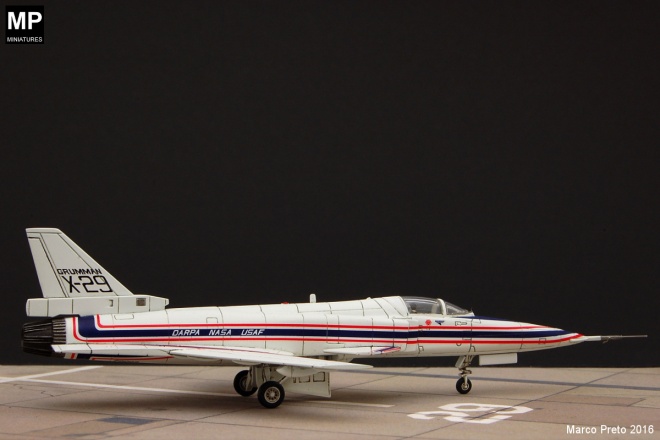 This model was (as all my late experiences with 1:144 scale) a joy! An in the process, a few lessons were learned: firstly, copper wire is very versatile and not only useful to replicate wires; secondly, over white, even a light grey can be to dark.