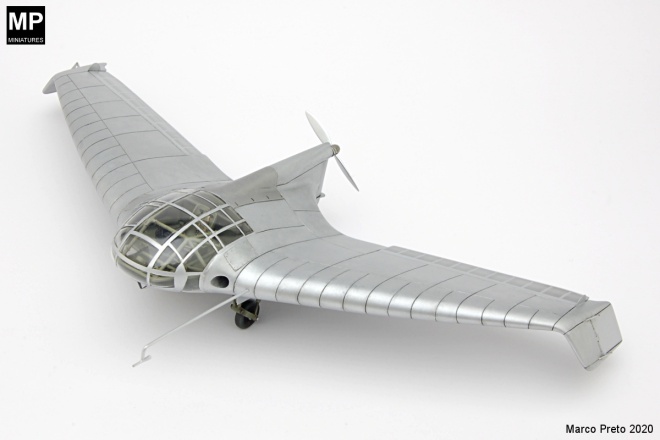 Experimental airplanes  always fascinated me, as they are used to explore the unknowns of flight, pushing the frontiers of our knowledge. The DFS 40 (also known as Delta V) was such an airplane, designed by Alexander Lippisch in the late 30’s. It was a follow up on previous Lippisch’s designs of tailless aircraft, this one being almost a flying wing. Unfortunately, I could not find much information regarding it and the most significant fact I could gather was that it crashed early in its flight program, due to a error in center of gravity calculation. 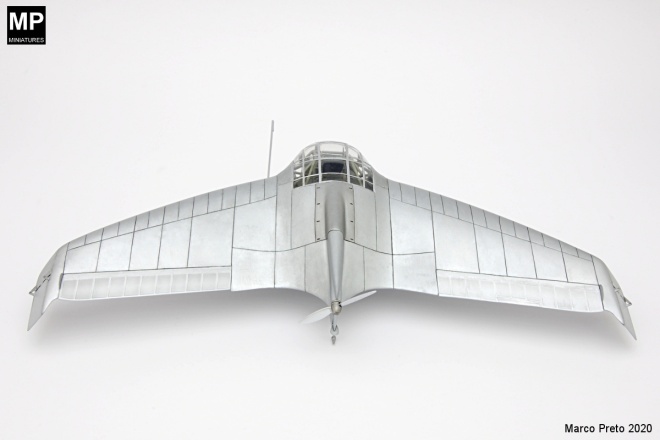 We live in an amazing time, when even such obscure subjects as this aircraft are being produced in model form. This 1:48 scale model is produced by Master-X and is comprised of  resin, photo-etched and vacuum-formed parts (also including pre-cut masks for the canopy).

It is a simple kit, but I would only recommend it to an experienced modeller, as there are a few challenging areas to be dealt with. I found the canopy the most challenging area, with two half clam shell shaped vacuum-formed parts, that required careful trimming and gluing. The two parts that form the canopy were trimmed and dry-fitted iteratively until they settled perfectly with fuselage and with each other. The glued portion where the clear parts meets needed some filling in order to get a smooth profile and this was done with thick CA glue and a lot of sanding with progressively thinner grit abrasives.

The complete canopy was sanded with very fine abrasive and after polishing with Tamiya Fine and finish polishing compounds, we could recover its transparency. 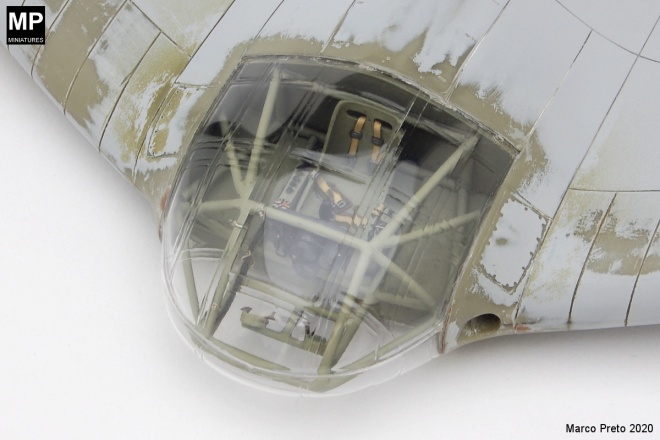 The supplied masks fit perfectly and made it easy to keep consistency in the frames thickness (to have to cut all those masks would be at least a tedious task). 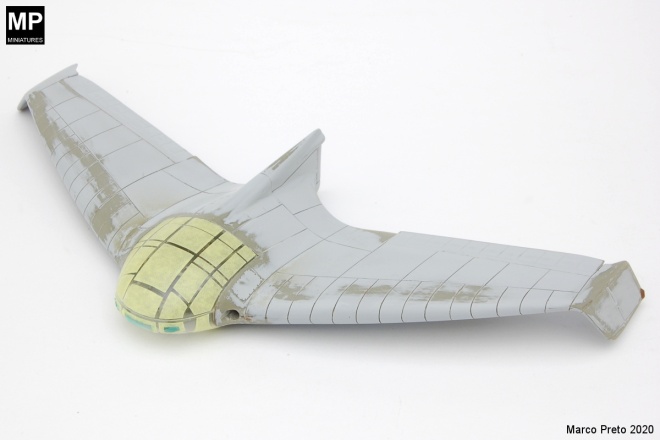 The following steps of the build encompassed painting the aircraft in its silver dope color (RLM 01, according to the little information I could gather) and after some subtle weathering, it was time to remove the canopy masks. While some paints usually brake along the mask line, some other form a film that can be resistant to the pulling force and end up lifting from the model. Some fellow modellers have asked how I manage to get clean canopy frames, particularly on my 1:144 scale models and I decided include here a small tutorial of what I do (it is a simple trick that I learned many years ago from a modeling forum, so long ago that I do not remember which one it was, or the modeller who shared the tip). The tip is just to score the paint film with a sharp blade, creating a clean break line. Carefully following the mask, with gentle pressure, you will not even scratch the underlying plastic part. Here is a short video showing the process.

With the mask removed, it remained to touch up any remaining  issue to complete the model.

I hope this small tip is useful for your own modeling projects.