The Me 262 A-1a/U-3 was a photographic reconnaissance version of the famous Me 262 jet fighter. Its weapons were its speed and its cameras. This project was started way back in 2009 and only recently it has returned to my work bench. As many other models, it was supposed to be a quick project but somehow (as with many other modelling projects) it was put on hold for many years.The kit I’m using in this projects is Revell‘s Me 262 A-1a/U-3 in 1:72 scale. It was released in late 90’s as far as I remember and features nice details (as is expected from latter releases from this manufacturer). The only addition made to the cockpit are Eduard photo-etched seat belts and control levers made out of p.e. fret material. 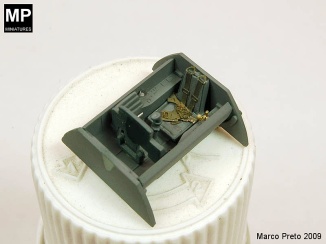 The external side of the cockpit tub is seen through the landing gear well opening and the kit parts features exquisite detail. Sadly the surrounding fuselage parts are not on par with it, so, some structural details were scratch built using plastic card.

The general fit of parts is good, but some puttying and sanding was inevitable, creating the need to re-engrave some of the lost surface detail. This was achieved using the back side of a nº11 scalpel blade, using scale plans and photos as reference. To smooth out the engraved lines, a small amount of extra-thin polystyrene glue was brushed along them. 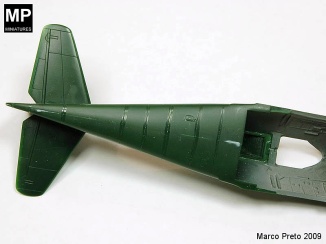 The kit’s instructions suggests filling in the gun throats. In reality these were patched with canvas and to replicate the look of a patched over opening, bare metal metal foil applied over and carefully trimmed.

After adding the bulbous blisters in the front fuselage (necessary so the cameras would fit), joining the wings with the fuselage readied it for the subsequent paint job (but that’s a story for another episode). 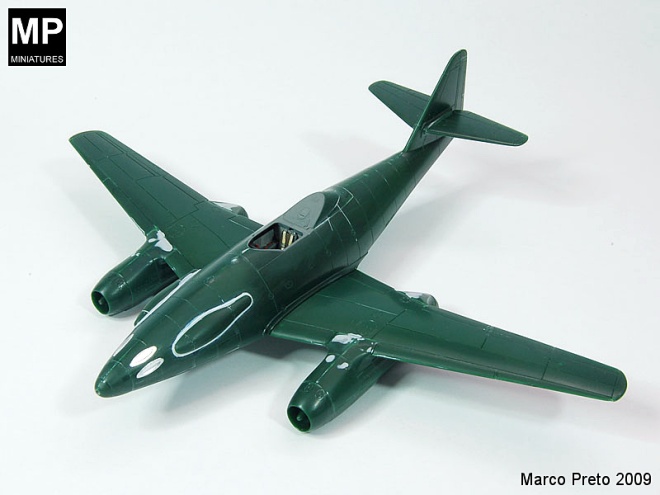